It’s been an interesting week musically, with a whole host of different plates successfully kept spinning. There were a few occasions where they almost came crashing down, but not quite. 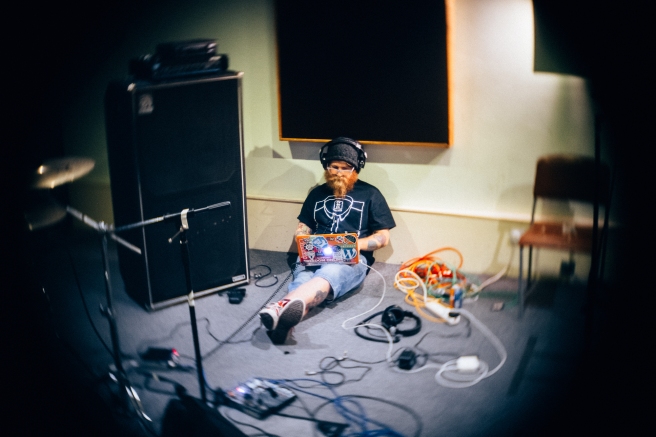 First off, the BBC came round to record a short interview about the music, which is pretty cool. It should be up sometime soon, so watch this space. It had to be the time where my LSDJx2 refused to synch properly of course. Sod’s law.

Next up, I launched the noisepedals.com site to look at different effects boxes and electronic instruments – which means I get to record and experiment with sounds that I’d not normally have had a chance to.

Then, on Sunday I headed into the studio with the newly re-born Closet Organ – a grunge band that was formed with some pals way back in High School; this time with Lee on board as second guitar which gives it an interesting new dynamic. After initially forgetting my laptop (eugh), we got three tracks done in five hours. Not bad at all. Looking forward to getting a whole bunch more done in the next few months.

Coming back to unexpected bowtie, the final tracks of the new album are coming together, so it shouldn’t be too long before I’m able to release it. It’s still missing something though. It’ll be a bit quieter over the next few days as non-music life takes over, but it feels good to be busy again.