The whole reason I ended up getting into the world of electronics was in a never ending quest to find new and different sounds that I could incorporate into my music. Based on that, it was probably inevitable that I would turn to the black hole of the modular synth – in Eurorack format.

I’ve been building up my collection over the past few months, and thought it was time I shared some of my thoughts on the medium. So here goes: my notes on Eurorack. 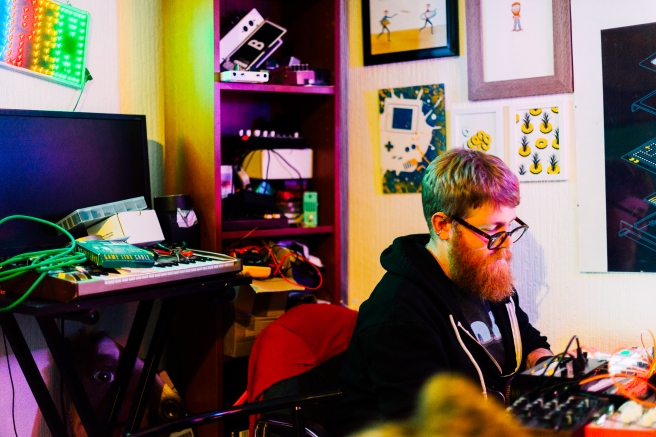 It never ends: The well documented curse of the Eurorack comprises both its greatest asset, and its deepest problem. The awesome thing is that you can build up a system that does exactly what you want it do. If a particular module isn’t getting much use, you can switch it out and trade or buy something that performs the exact function you do want. The problem is that pulling together the perfect synth is a never ending task, and there is always more that you can imagine adding on to do extra things.

The problem of rows: This leads on from the above. Let’s say you have a 6u, two row system, and you’ve limited yourself to that size. Now let’s say that you have a great setup, but you realise that to really make your patches sing, you need another envelope generator, or VCO. Just one. The problem is that there is no cost effective way to just get and power that single module; you may as well just get another whole row, but then you have a whole row to fill, and it’s inevitable that you will.

It’s bloody expensive: Whilst the range of modules on offer is awesome, the financial outlay is substantial, even for small systems. You can get full featured synths for the cost of a couple of modules that only perform single functions each, which is something I can’t dwell on for too long, or I’ll cry.

If you want to get an idea of the problem of expanding setups, check out the pictures below. Before, then after. 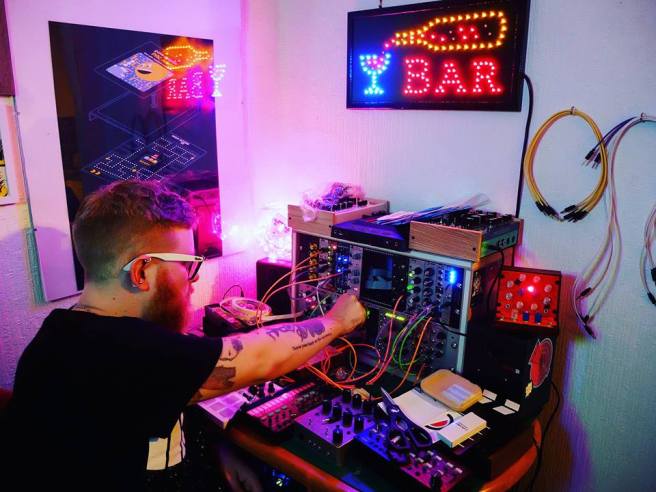 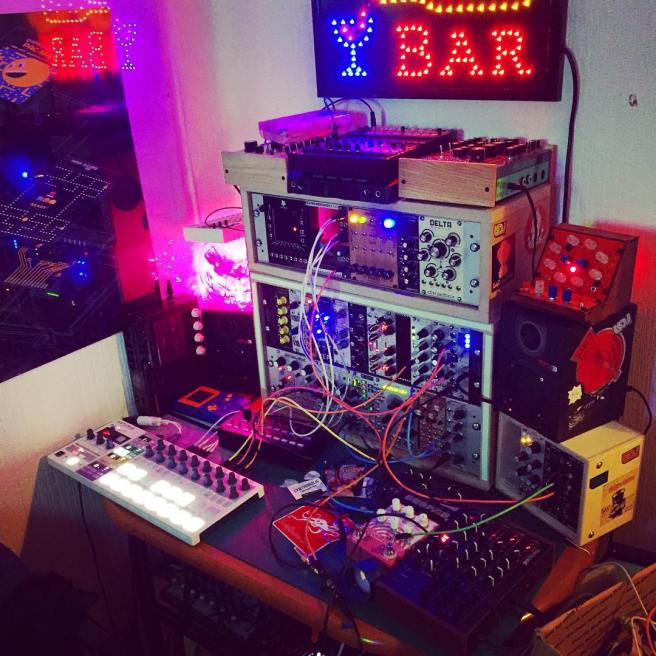 Now for some positive things…

Modulate all the things: With Eurorack, you get an amazing level of control over the different elements of your synthesiser. If you want to vary the volume of a certain element, or the kind of filter, or… anything else really, you can do so in seemingly endless ways by taking the output of different modules and using them as controllers. So for example, you can automate filter sweeps with an envelope triggered by the 4th step in a sequence, or whatever else. Trying to make all of those changes by hand on a traditional synth would be a nightmare, and opens up lots of possibilities.

So many modules: Okay, I’ve kind of mentioned this already, but the number of different modules that you can get that do interesting things is crazy. One of the things I like in particular is that there are all sorts of unusual sequencers that change up the way you approach things, which you would never be able to find on a stand-alone instrument.

Composing is FUN: Tweaking all of the different parameters is a source of endless amusement, and it’s great fun exploring the possibilities for an hour, only for it all to suddenly come together and produce the most amazing sounds. The tactile nature of the Eurorack really feels great, and like a naturally evolving creative process.

I find myself writing a whole lot more music, but with a different approach. Instead of finishing everything that I record, I now end up with a lot more in the way of loops, that I dig through later to find those that stand the test of time on a fresh listen. This is partly because finding ways to develop melodies on the Eurorack that don’t just repeat variations of the same sequence is a real challenge. That said though, it’s a refreshing change from writing full tracks on the Game Boy. It definitely won’t replace it, but it’s good to have a different outlet. 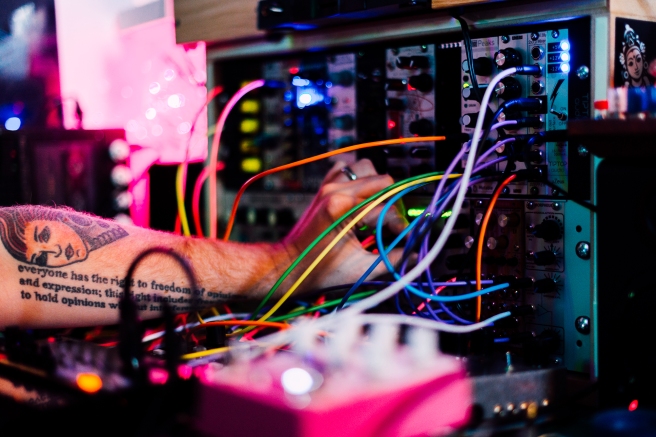 I still need to work out how the Eurorack could possibly be incorporated in a live environment, as changing patches over between tracks seems like an impossible task at this point, and not able to replicate sounds consistently enough. I really hope that I can manage it at some point though, as taking the rig with all of its lights to perform with would be amazing. 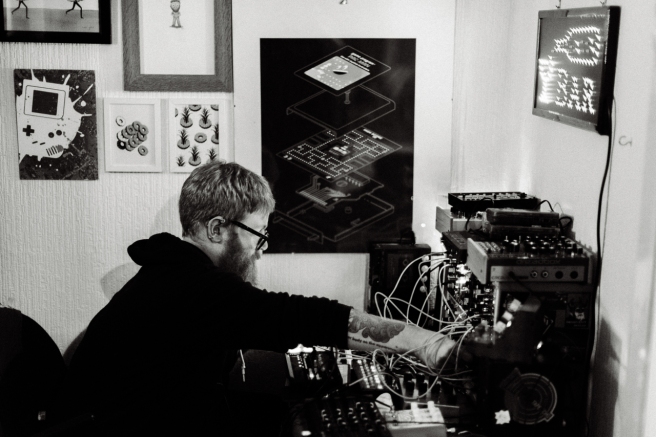 Thanks to Lee and Grace for the pictures. 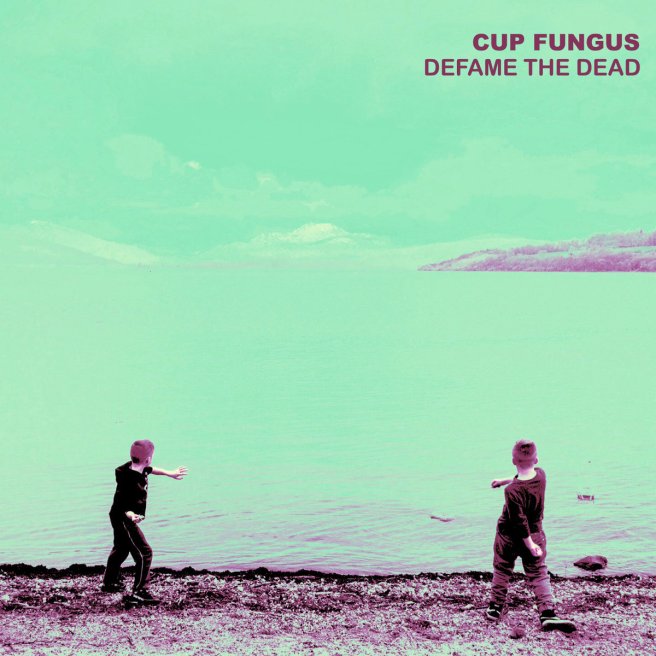 Following on from the release of drouth, I found a new project quickly formed and gathered steam. Rather than use Game Boys to compose, I started exploring different electronic instruments. The result was a much more unpredictable, experimental, and far noisier sound than I’ve had before. That shift meant that it didn’t quite feel like an unexpected bowtie album, and so I’ve chosen to release it under a different name: ‘cup fungus’.

Today is the official release date where it crashes angrily into the world.

You can download the album for free on Bandcamp, or stream it via Spotify as of right now (search ‘cup fungus’). If you are interested in something a bit more physical, there are also an extremely limited number (only five!) of hand painted cassette tapes available from my label – cow tongue taco records. 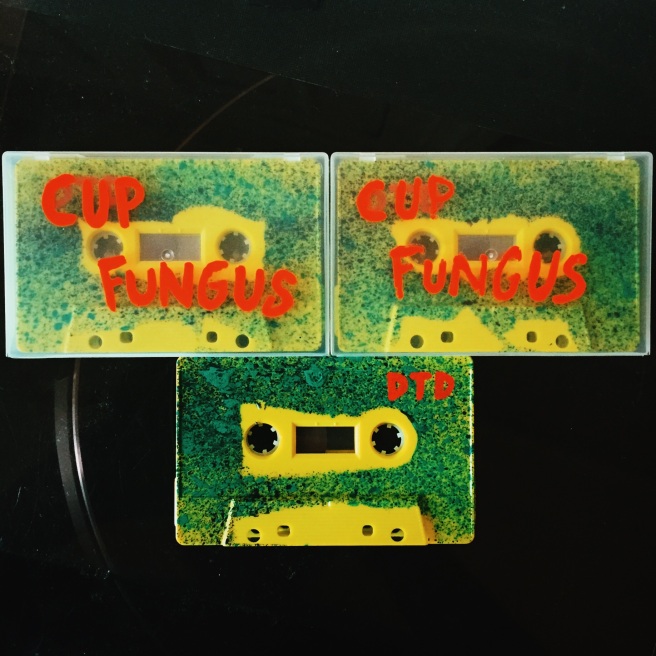